Roe v. Wade, a 1973 decision in which the Supreme Court ruled that the Constitution protects a pregnant woman’s right to an abortion prior to the viability of the fetus and privacy about the decisions she makes regarding her body, has been a highly contested issue in recent years as the Court’s majority has shifted, despite most Americans supporting abortion rights. An initial draft majority opinion that was circulated inside the court and then leaked to the media in May appeared to show the Supreme Court’s decision to overturn the amendment, and the June 24 ruling did indeed end the constitutional protection for abortion that had been in effect for nearly 50 years.

Below, experts at Barnard share the potential consequences of this decision. 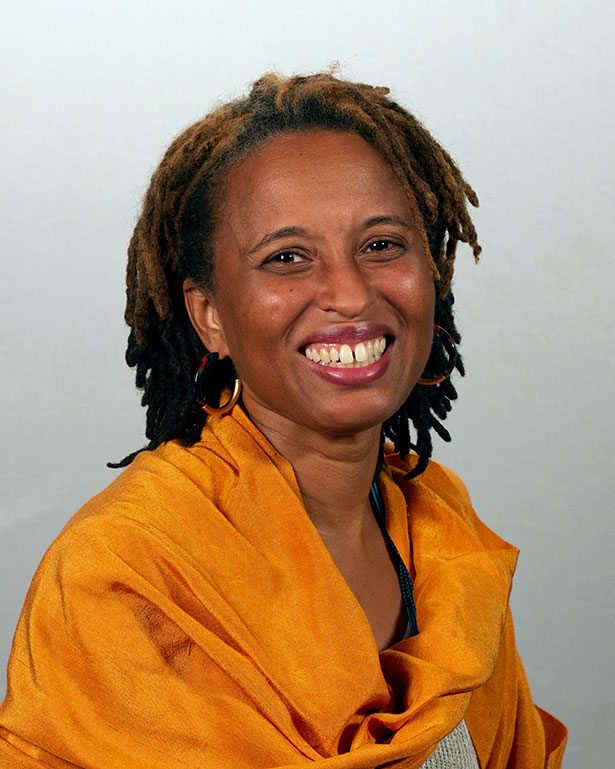 The Court’s decision on Dobbs v. Jackson is devastating because it denies those of us who can give birth the right to safely access a procedure that has always been a necessary part of reproductive healthcare. But the decision is also a chilling reminder that so many of us (gender nonbinary, trans, queer, Black, immigrant, Indigenous, disabled people, and financially vulnerable women) are still not seen as fully human in the eyes of the State, and our bodies are often criminalized. We now have to struggle even more fiercely for reproductive justice — the ability to maintain autonomy over our bodies, live free from systemic violence and harm, and sustain the kinds of families we want to form. Questions of bodily autonomy have always been central at BCRW, which held its first conference one month after the 1973 Roe decision, and we will continue to use our archives, publications, and events to support activists, artists, and scholars who are teaching and organizing around these issues. 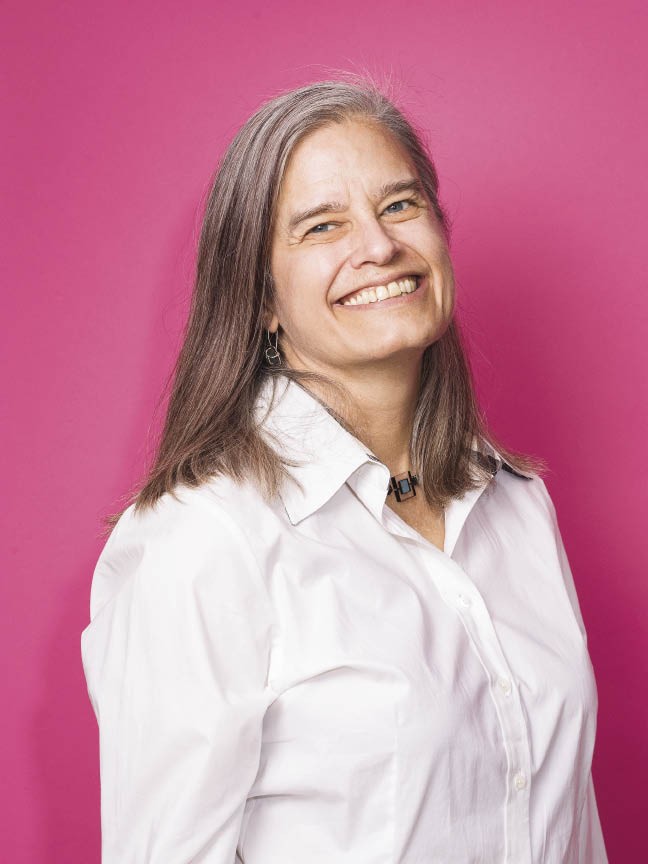 In particular, the debate over Roe v. Wade is often framed as one between religious morality, where “religion” predominantly means conservative Christianity, and a secular commitment to gender equality. This framing is misleading, and each of the fields I work in speaks to the problem somewhat differently.

The leading view of the field of women’s studies is that the basic protection provided by Roe v. Wade should be placed within a broader framework of racial justice, economic possibility, and community well-being. The Reproductive Justice framework, which has been developed through the leadership of women of color in activist organizations like SisterSong in Atlanta, broadens the framework for understanding the importance of reproductive issues and why they are connected to many struggles for justice. SisterSong defines reproductive justice as “the human right to maintain personal bodily autonomy, have children, not have children, and parent the children we have in safe and sustainable communities.” Reproduction is not a side issue but a necessary part of creating safe and sustainable communities and, concomitantly, creating safe and sustainable communities is necessary to support everyone’s reproductive lives. The loss of even the basic protection offered by Roe takes U.S. society away from the social relations that will allow people to have and raise children in safe and sustainable communities. Without Roe and a recognition of the need for reproductive justice, U.S. society is further away from the possibility of jobs with a living wage that could support families, or of a world without police violence, or of a safe educational environment for all children.

Framing the debate about Roe v. Wade as a conflict between religious morality and gender equality makes it seems as though one group’s rights will inevitably triumph over another. It seems that either religion or gender equality must prevail. Instead, debate over Roe v. Wade can better be understood as a question of religious freedom for everyone. Religious views on abortion have varied historically, both within religious traditions, including Christianity, and among religious traditions. Different traditions have different views of abortion. For those who believe that life begins at conception, their freedom to organize their lives in relation to this belief is not threatened. Roe offered protection against the use of the force of law to impose this belief on people who do not share it. Religious freedom protects both religious people, whatever their tradition, and those who are not religious from having to organize their lives according to religious values, beliefs, and traditions they do not share. The loss of Roe then, not only puts significant burdens on reproductive health and the possibility of safe and sustainable communities as advocated in the reproductive justice framework, it is also a step away from the promise of religious freedom for all. 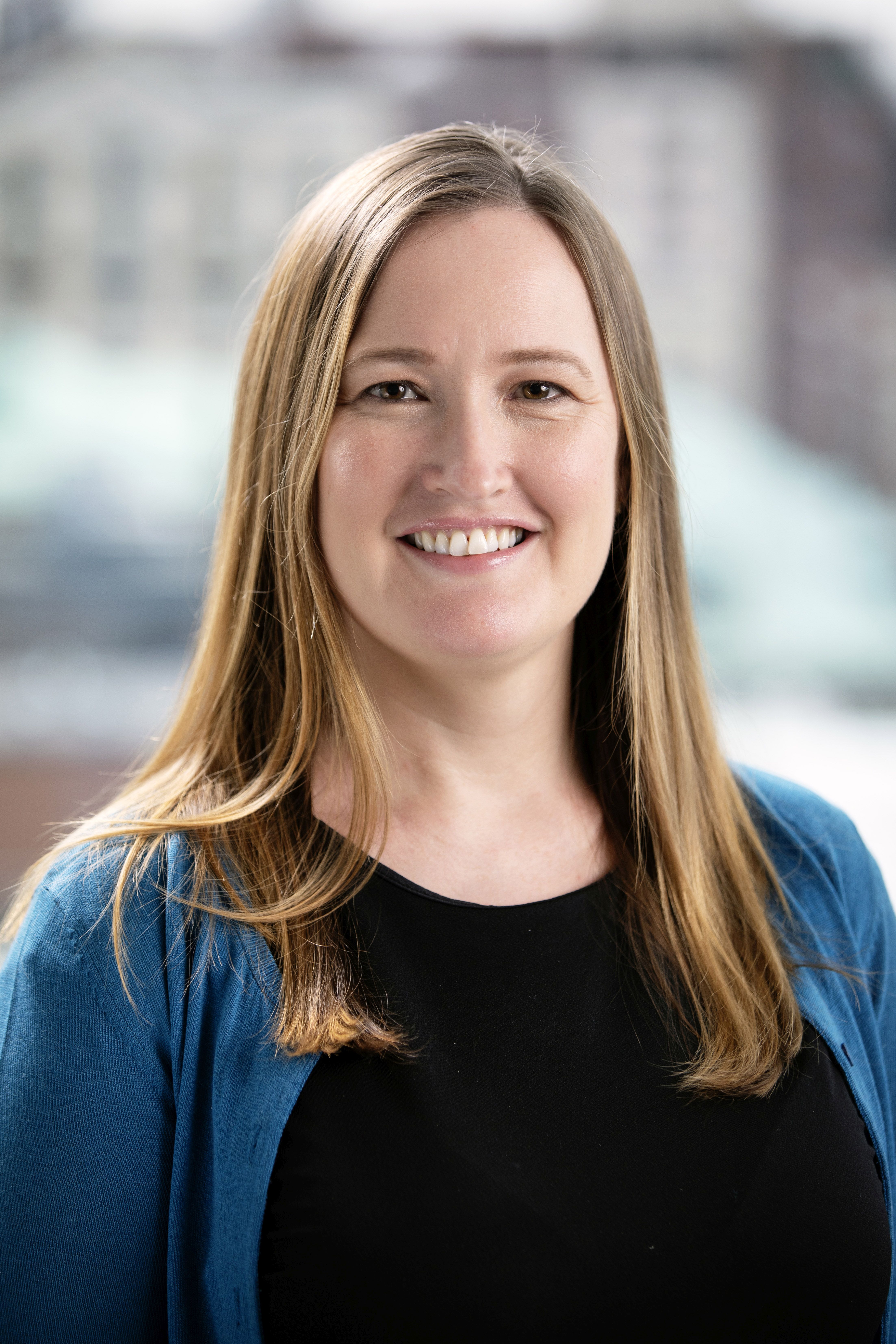 We know from a very robust body of research that growing up in poverty harms children across virtually all dimensions, hurting their health, educational attainment, earnings, and more. Women in the U.S. face large earnings penalties for having children across socioeconomic levels and, in particular, are highly likely to enter poverty directly after a child is born — thanks to a lack of paid leave, a lack of affordable child care, and a lack of the type of child allowance common in other rich countries. That’s the case even now, with legal access to abortion, in a context where women are able to plan their families and their births for when it’s the best time in terms of their work and family situation.

We also know from recent research that has followed women who were unable to get an abortion under new laws — because they came to a clinic just after, instead of just before, a gestational cutoff in their state — that they are much more likely to be poor in the years afterward, much more likely to get evicted, in much worse mental and physical health, and more likely to be in an abusive relationship. Their existing children (60% of women seeking an abortion are already mothers) end up with poorer developmental outcomes. All of these results portend badly for women’s futures and their children’s.

In other words, when more women lose the right to choose whether their current circumstances are the best ones into which to bring a new child (economically, and in terms of their education, career, and family context), there will be more women and children facing material hardship, dealing with poor health, and enduring domestic violence. So the benefits of legalized abortion are quite great today, and there will be major costs to losing it. 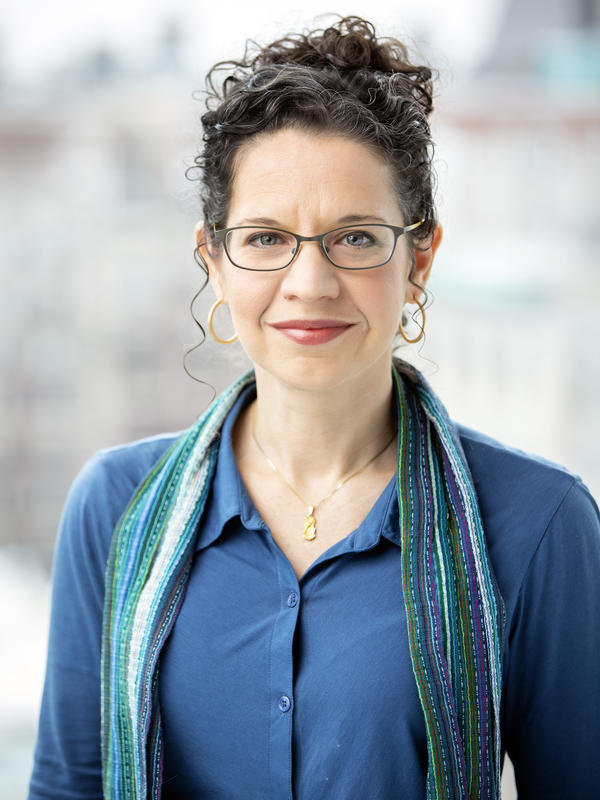 This is a devastating moment for proponents of reproductive rights and justice in the U.S., but it is not the first time that advocates have faced such a sobering political landscape. In Latin America, feminists have long faced powerful resistance to reproductive rights — from conservatives, the Catholic Church, evangelicals, but even from parts of the left. As recently as five years ago, 97% of people in Latin America and the Caribbean lived in countries where abortion was illegal or severely restricted.

But today, the three largest Spanish-speaking countries — Argentina, Mexico, and Colombia — have decriminalized abortion. They followed different legislative and judicial processes to get there, but there are patterns we can learn from: The importance of mass mobilization. The importance of a broad framing of reproductive justice — in which it’s about access for all, not just choice for some. The creation of alliances across different groups in society, and the formation of networks of solidarity across national borders. The experiences of Latin American feminists also show that a grim political panorama can lead to innovative new political and healthcare strategies. [Nayla Vacarezza, associate researcher at the National Council for Scientific and Technical Research in Argentina, and I] give an example of this in our article: the formation of networks of acompañantes who assist women with self-managed, medical abortions. These networks have expanded abortion access in countries where it is illegal. 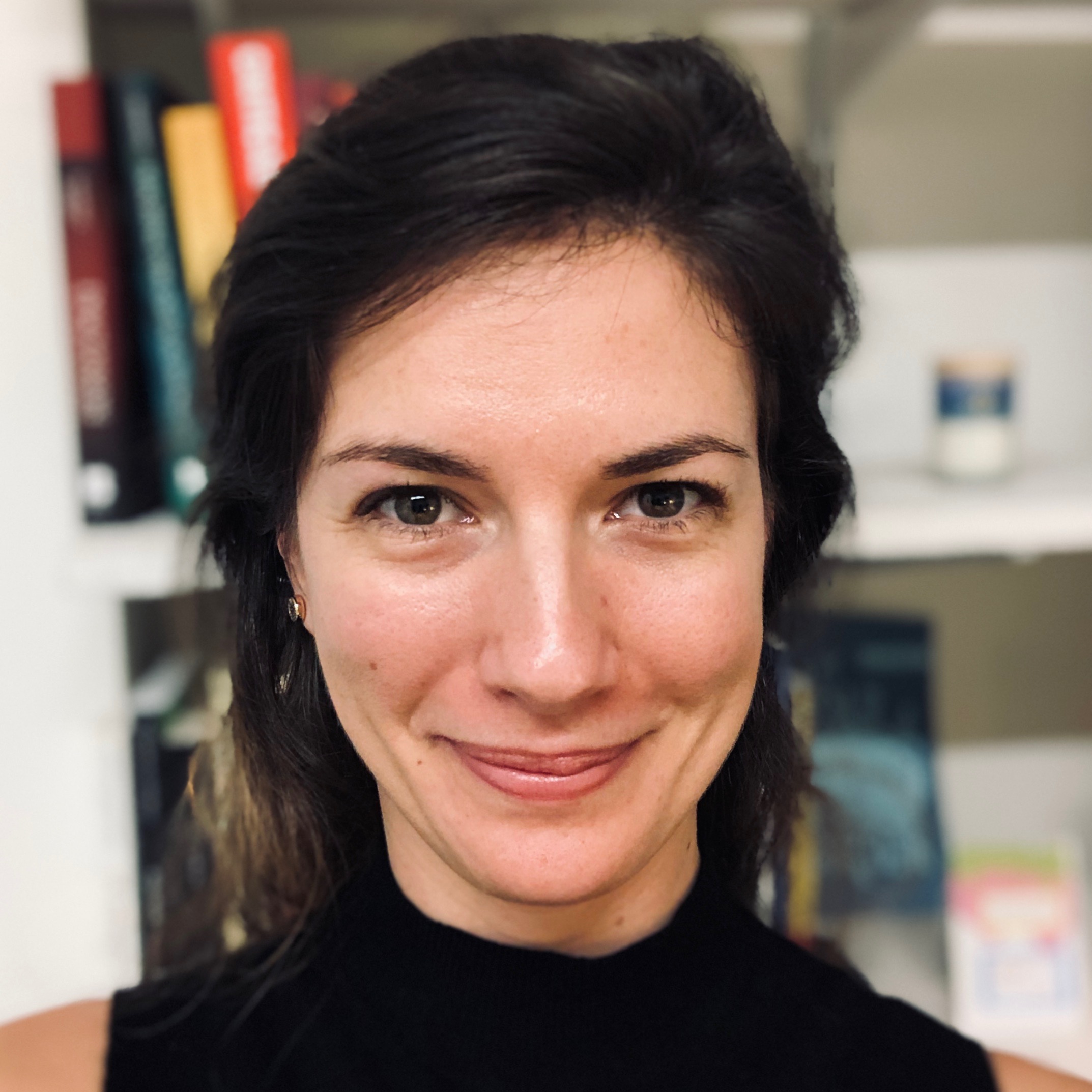 There is no question that overturning Roe v. Wade — and decades of stare decisis [a legal principle that obligates courts to respect precedents established by prior decisions] affirming its validity — will exacerbate existing reproductive health inequities. As we have known forever, criminalizing abortion does nothing to stop the need for abortion, and activists have long worked to help fill this major healthcare gap, sometimes via extralegal means.

Many point to medication abortion as a way for people to continue accessing safe abortion where it is illegal, and this is an excellent option when people can access the mifepristone-misoprostol combination pills that are FDA approved and routinely prescribed. Since the 1980s, women in much of South America have learned and taught one another how to use misoprostol, originally an ulcer drug, alone to induce abortion. Misoprostol (also known as Cytotec or “miso” for short) is more readily available than the FDA-approved and routinely prescribed combination of mifepristone followed by misoprostol. Over the past few decades that miso has been in underground circulation, women have become extremely knowledgeable about how to use it as safely and effectively as possible. The collective support and knowledge-sharing about miso that has grown into a transnational movement is a powerful reminder of our ability to organize, to know and care for our bodies and each other, and to pursue our needs despite the legal landscape.

At the same time, we have to address the conditions that make this work necessary. The reality is, in this country, we are continually subjecting the most vulnerable communities to the worst care. Abortion is one issue among many — reproductive and otherwise — that powerfully impact all kinds of health outcomes. While Roe v. Wade never promised reproductive freedom (no law can), it has helped stymie persistent threats to women’s bodily autonomy, and it will be overturned at a time when the extreme right is becoming most creative with the law, empowering anti-abortion folks to sue not only medical professionals who are suspected of providing abortions but also activists doing the collective, movement-building work of assisting and supporting women in their pursuit of safe abortions and other health needs.

Discover some of the reproductive justice and advocacy efforts led by the Barnard community below.

Margaret Vandenburg, senior lecturer of English, spearheaded a collective action campaign in support of reproductive rights. “The first step in our campaign was a pre-recorded reading of my most recent play, Roe v. Wade 2.0, followed by a panel discussion of the medical and judicial implications of Dobbs v. Jackson Women’s Health Organization, a case tailor-made to gut Roe,” Vandenburg said. Proceeds from ticket sales go directly to the Jackson Women’s Health Organization.

Associate Professor of Economics Homa Zarghamee hosted a Barnard Year of Science discussion with economist Caitlin Knowles Myers,who was the driving force behind an amicus brief, signed by more than 150 economists, that was filed to the Supreme Court last year in Dobbs, outlining the economic ramifications of overturning Roe v. Wade.

Learn more about how students are advocating for reproductive rights from those who lead the Reproductive Justice Collective, which advocates for and shares resources regarding reproductive equity and justice.